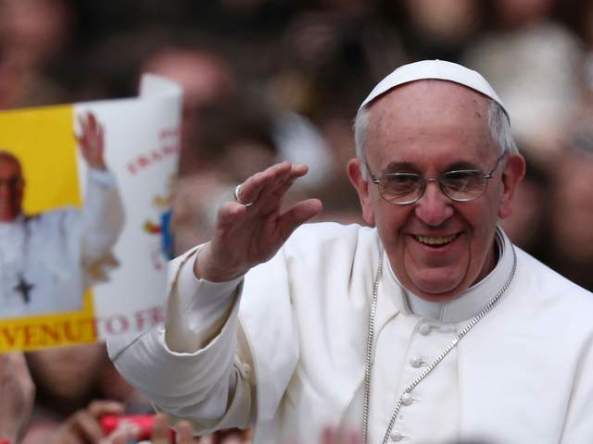 In his message for the 48th World Communications Day, the Pope stressed the ever vital role of communication to humanity. His focus is summed up in the question “And who is my neighbor?”, as we can look at communication in terms of our being “neighborly”. In these modern times, he particularly focuses on globalization and the developments in travel and communications technology, which seemed to make it easier for people to be neighbors. The Pope also gave credit to the Internet as one of the unprecedented technological advances by mankind, which “offers immense possibilities for encounter and solidarity. “
But although this digital age have contributed significantly in terms of bringing people closer together, there still exists this “ scandalous gap between the opulence of the wealthy and the utter destitution of the poor”, as Pope puts it. The speed of the information transmitted relatively exceeds our capacity to reflect and decide, which impedes our proper self-expression. He said that with the digital media, we are exposed to various opinions, but it also enables us to be selective about the information that confirms our own wishes, ideas and interests. He notes that there are still people who lack access to this communication advancement, and therefore run the risk of being left behind.
Pope Francis then challenges us to be reminded of the parable of the Good Samaritan. It is not enough for the Samaritan to go near the man he finds half-dead on the side of the road, he also takes responsibility for him. Similarly, in order for us to be a good neighbor, “it is not enough to be passersby on the digital highways, simply “connected”; connections need to grow into true encounters.” We need to be personally engaged, “as this digital highway is teeming with people who are often hurting, men and women looking for salvation and hope.” By means of the internet, the church doors are kept open so that people can enter and the Gospel can reach everyone.
He qualifies an effective Christian witness as someone who does not bombard people with religious messages, but is in encounter with others in an effort to willingly dialogue on their doubts and questions. To dialogue, means to believe the “other” has something worthwhile to say, and to entertain his or her point of view and perspective without renouncing our own ideas and traditions.
In conclusion, Pope Francis referred back to the Good Samaritan, where the wounds of the injured man were tended with oil and wine. Our communications will then be “a balm which relieves pain and a fine wine which gladdens hearts. May the light we bring to others not be the result of cosmetics or special effects, but rather of our being loving and merciful neighbors to those wounded and left on the side of the road.”
The Holy Father’s message is entitled Communication at the Service of an Authentic Culture of Encounter and is traditionally published coinciding the Memorial of St. Francis de Sales, patron saint of writers. The 48th World Communications Day also falls on Ascension Sunday, June 1, 2014.