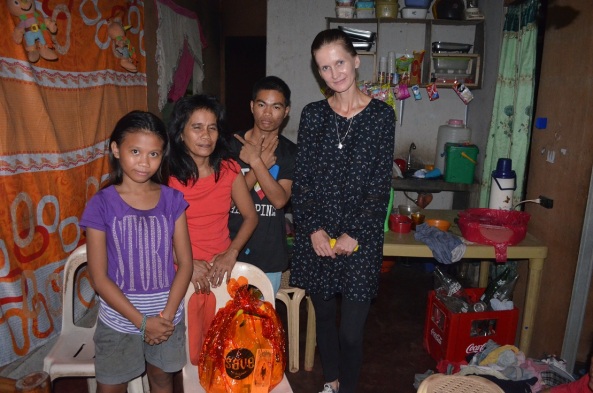 Miss Karolina Mankiewicz is a lay missionary from Poland who arrived in the Philippines in October 2016. Prior to this she was working as a teacher in grade school and was very active in the campaign organized by a Polish SCJ, Fr. Piotr Chmielecki, called “Zbieram to”, which  means “I collect it.” Together with other volunteers, she collected used batteries and cellphones, old appliances, and many other things for recycling. The purpose of this action is double: to save the environment and help the missions. The money obtained from this are used to help the poor and needy in different countries where the SCJ missionaries are working. Among many beneficiaries of this action is also the Philippines, particularly the victims of typhoon “Sendong” (Washi) living in “Mother of Divine Mercy Village” in Opol, Kasanag Daughters Foundation, and others.

Since her arrival, Miss Karolina is very much involved in the life of the “Village” where she spends most of her time, and “Kasanag Daughters Foundation” where she stays, organizing and participating in different activities. Recently, she attended the nine day Novena before Christmas called “Simbang Gabi” and prepared some Christmas gifts for the poorest. Here is her short sharing of the experiences she had:

As usual before Christmas, the inhabitants from the Mother of Divine Mercy Village were attending a nine day Novena called Simbang Gabi. Since the 15 th of December the Priests form 3 Congregations (Columban, Marian and Sacred Heart Fathers) were celebrating the Mass at 7 p.m. each day. During the Novena, on the 17 th of December the villagers were commemorating the 5 th anniversary of the typhoon Sendong. After the Mass they watched a short movie showing the tragedy which touched them a few years ago. At the end of common prayers every single day, people from different blocks were performing some Christmas songs or dances. This time helped them to prepare for the birth of our Savior…. 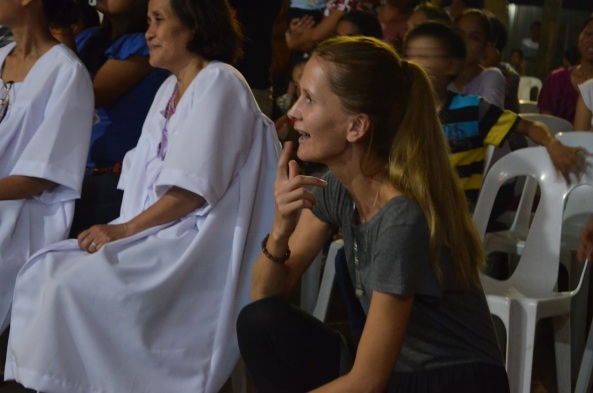 … Just before Christmas thanks to financial support from the Polish benefactors we were able to give some food packages to the inhabitants from the Mother of Divine Mercy Village. 21 of them received some rice, spaghetti, sauce, salt, sugar, coffee, milk, sardines and some sweets for the kids along with the Pope’s calendar for the coming year. None of them were asking for any help that is why they were surprised and at the same time really grateful for the received gifts. Some of them we knew from the previous visits. Their histories were really touching and after listening to them you realize that only thanks to Heaven’s help they were able to start a new life. I remember two women’s stories. One of them has lost her husband and 8 kids in the typhoon. Now she got married again but she can not have more children. There is also another one who lost her husband and her little boys. After a few years she has a new family: a husband and one little girl. Now she’s expecting the second one. No wonder that this place where they live is called the village of Divine Mercy. God really helps them and rise them up. 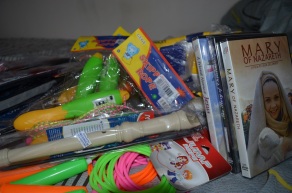 Celebrating the great mystery of our salvation, of God who out of His love became one of us. May the Light of the World shine in our lives and be reflected in our daily choices, decisions and actions.

Let us allow Jesus to be reborn in our hearts and lives, not only during Christmas, but every day, so that he may radiate the light of his presence from within us expressed in compassionate words and deeds, unconditional forgiveness, the spirit of humble service and overflowing generosity.

As a newborn Baby is a gift to the humanity, let’s be a gift to all our brothers and sisters, especially those who need it most: the poor, the sick, the oppressed…. those who are alone. For “You will find life by giving life, hope by giving hope, love by giving love” (Pope Francis).

Christ is Emmanuel, God with us. As we celebrate the feast of God-with-us, let us be a people who are with God.

We wish all a Blessed Christmas and Joyful New Year 2017!

Kasanag Daughters Foundation has a new “Grotto of the Blessed Virgin Mary.” The official inauguration of this prayer place, located at the corner of the compound, was held on December 20,2016, on the occasion of Christmas Party. It was blessed by Fr. Khoa Nguyen, SCJ, assisted by Fr. Joseph Butlig, SCJ, the coordinator of the program. As usual the celebration started with the Eucharist and ended with a meal. In-between there was a program prepared by the girls with the help of a lay missionary from Poland, Miss Karolina Mankiewicz. One of the main parts of the program was singing Christmas carols in different languages. The girls sang almost perfectly one of  the Polish Christmas carols “Przybieżeli do Betlejem Pasterze”, which means “The Shepherds came to Bethlehem.” 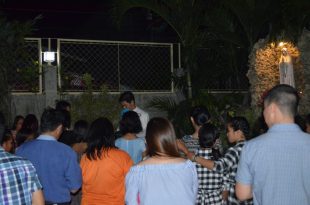 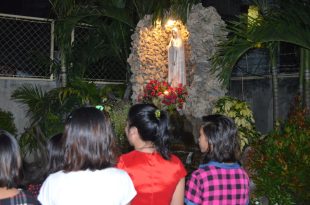 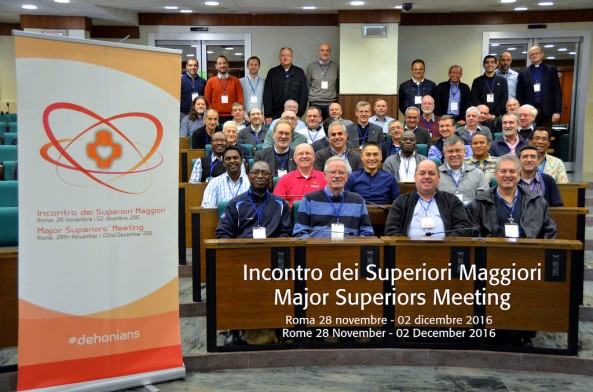 One year and half after the XXIII General Chapter all major superiors met in Rome. The objective of this meeting, held from November 28 – December 2, 2016, is assessment of the implementation of decisions of the General Chapter and planning of activities. 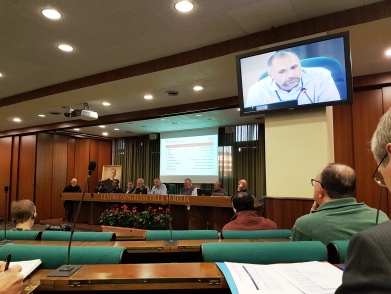 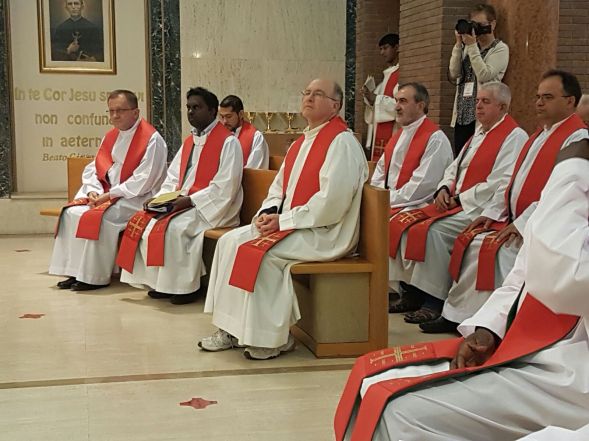 Also, from December 1 – 7, 2016, the secretaries of all entities have an opportunity to meet together and discuss important matters connected with their assignments. The first two days of this meeting are together with the superiors.

Both meetings are great opportunities of exchanging views and fraternal sharing of experiences among the members of different entities of the congregation.