World Youth Day is a youth-oriented International event that takes place every two to three years. The event itself is a celebration of Catholic Faith among the world’s youth, but the invitation is extended to youth of all the world regardless of religious convictions. World Youth Day was initiated by St. Pope John Paul II in 1985 with the first encounter being held in Rome in 1986. 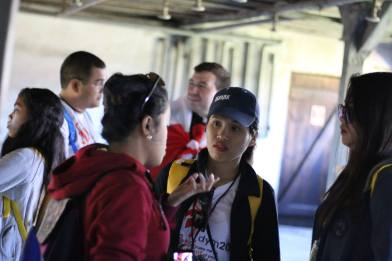 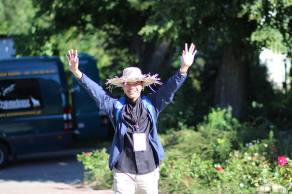 Although World Youth Day has become a week of celebration, the pinnacle of the festival is the open air mass held by the Pope on the last day. This is officially ‘The World Youth Day’. All the other activities are a build up to this event. The smiles and joy, singing and dancing, culture upon culture and nation upon nation, proudly holding flags high, greeting one another, trading tokens, humbly realizing how small we are in a world of people, and strengthened to witness so many who share our faith with all its difficulties and challenges, is all part of the build up to this massive International Mass, celebrating youth with their enthusiasm and joy. 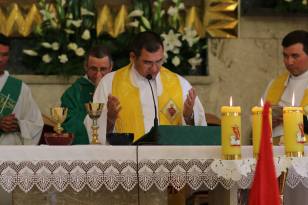 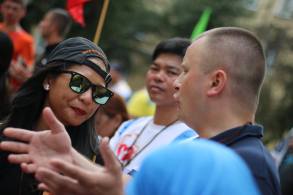 Since the WYD in Cologne in 2005, the Dehonian Youth from around the world meets together to share the richness of the spirituality of Venerable Fr. Leo Dehon and simply to celebrate. As this year, the World Youth Day is held in Krakow, Poland, the representatives from different countries are gathered around the centers of SCJ presence in different parts of the country. The youth connected with the SCJ Philippine Region is composed of 17 young people plus 3 priests and 1 SCJ seminarian. After arrival in Warsaw on July 20, 2016 and visiting some interesting places there, the group moved to Pliszczyn, Diocese of Lublin, where the SCJs have their parish and Postulancy house. After some common activities and visiting countryside they will move to Stadniki and then to Krakow to participate in the Vigil and the Mass with Pope Francis on July 30-31, 2016. The participants from the Philippines will also have an opportunity to visit some important places before their departure for the Philippines on August 9, 2016.