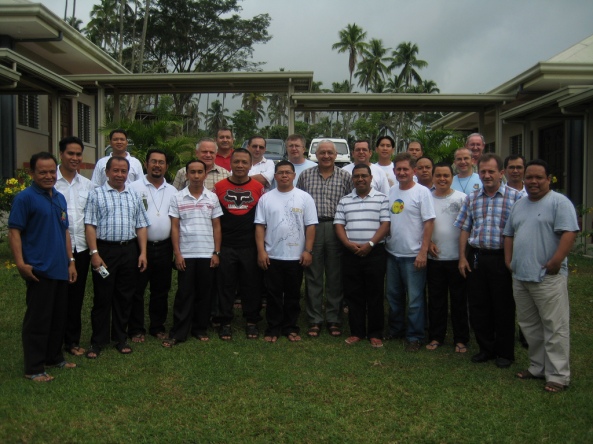 On January 11, 2010, the SCJ Philippine District started its annual assembly. The assembly is being held in the Novitiate Fr. Dehon in Lucoban, Dumalinao, Zamboanga del Sur and will conclude on January 14, 2010.

Among the 25 participants attending this meeting there are two special visitors from Rome – the General Superior Fr. Jose Ornelas Carvalho and Fr. Paulus Sugino, the General Councilor, two confreres working in Vietnam and four deacons, who are going to be ordained next month.

The assembly started with reflection conducted by Fr. Delio Ruiz, which was followed by the personal sharing of each member of the District.

According to the schedule, the second day is dedicated to reporting of activities by different commissions and groups of interest.

On the third day, the General Superior Fr. Jose Ornelas Carvalho will have his time to share about activities of the Congregation and to discuss important matters regarding works and future of the District.

The fourh and last day of the assembly will be dedicated to financial matters in the morning, and a 3-year plan of the District in the afternoon.

The Philippine District is happy and thankful because of the presence of Fr. Jose Ornelas Carvalho and Fr. Paulus Sugino.