Today, on June 28, 2019, the Solemnity of the Sacred Heart, three (3) SCJ Novices from the Philippines, Agustin M. Indangan Jr., Aldrin R. Ayaton, and Carl Ryan N. Opeña, made their commitment to God in the Congregation of the Priests of the Sacred Heart of Jesus. By the profession of three vows: Chastity, Poverty and Obedience, they declared their readiness  and will to follow Jesus more closely. They were preparing for this moment for almost fourteen (14) months under the guidance of the Novice Master Fr. Indra Pamungkas, SCJ and Fr. Yohanes Sono Pribadi, SCJ, the “Socius.” Together, with eight (8) Vietnamese Novices, who made their First Profession of vows in Vietnam last May 31, 2019, they have had been learning about the Congregation, the Founder, vows and religious life.

The ceremony that was held on the 141 anniversary of the foundation of the Congregation of the Priests of the Sacred Heart, took place at the Novitiate Fr. Dehon in Lower Lucoban, Dumalinao, Zamboanga del Sur, and was attended by the SCJ confreres from the area of Pagadian, Cagayan de Oro, and Manila, family members and friends of the newly professed religious. The vows were accepted by the Regional Superior, Fr. Lukas Hadi Siswo Sasmito, SCJ. 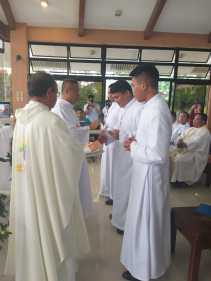 The newly professed will move to the Manila Community at the Dehon House, where they will study Theology and prepare themselves further for the ordination to the priesthood. 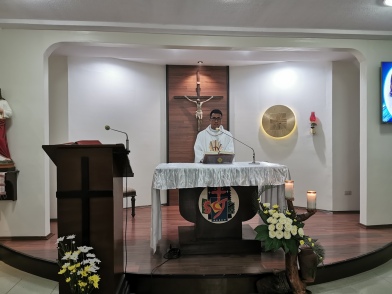 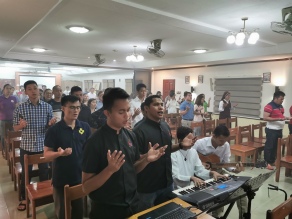 On the same day, in the afternoon, the SCJ area of Cagayan de Oro celebrated the Solemnity of the Sacred Heart, the patronal feast of the Congregation. The concelebrated Mass was presided by Fr. Ruel C. Paalisbo, SCJ, who offered this Holy Eucharist as a Thanksgiving Mass for the gift of his vocation and ordination. After the homily all SCJs renewed their act of oblation made 141 years ago by their founder Venerable Fr. Leo John Dehon. 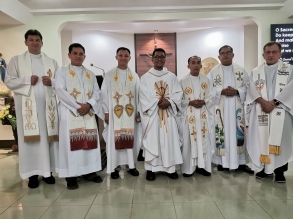 On June 14, 2019, in the Sacred Heart Retreat House and Seminar Center, 132 B, Gonzales St., Loyola Heights, Quezon City, six SCJs on temporary vows: Bro Argol C. Chavez, Bro. Rene D. Adorable, Bro. Francis S.J. Atayza, Bro. Giovanni B. Bautista, Bro. Rackie M. Roxas and Bro. July P. Zambrano, renewed their vows of Chastity, Poverty and Obedience in the Congregation of the Priests of the Sacred Heart of Jesus (SCJ). The renewal was accepted by the superior of the Philippine Region, Fr. Lukas Hadi Siswo Sasmito, SCJ, and witnessed by the members of SCJ Zone of Manila.

On May 10, 2018, two scholastics: Fra. Victor Lingasa and Fra. Julius Socorro, have renewed their religious vows of chastity, poverty and obedience in the Congregation of the Priests of the Sacred Heart. The vows were accepted by Fr. Rico O. Lapinig, SCJ, the first councilor of the Philippine Region. The ceremony was held at the Sacred Heart Formation House in Cagayan de Oro City and was attended by the SCJs from neighbor communities, family members and friends. 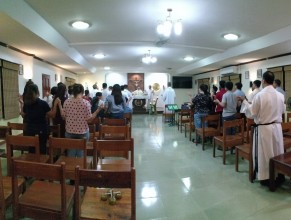 At the moment both of them are on their community exposure: Fra. Victor in Talisay, Hilongos and Fra. Julius in Immaculate Concepcion Parish in Aluba, Cagayan de Oro. 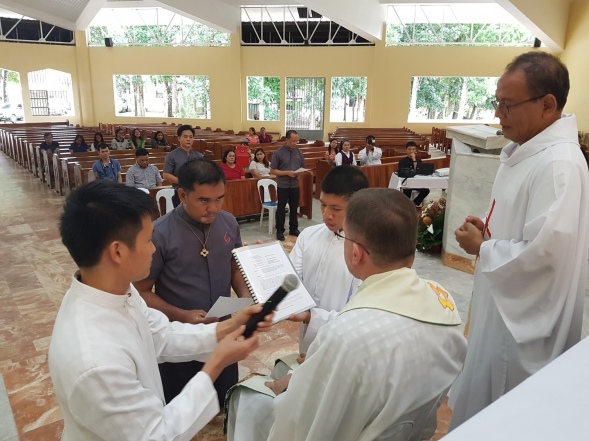 The vows were accepted by Fr. Franciszek Pupkowski, SCJ, superior of the Philippine Region. The ceremony was held at the church of St. Isidore the Farmer Parish in Dumalinao and was witnessed by SCJs coming from different communities, families and friends of the newly professed religious. 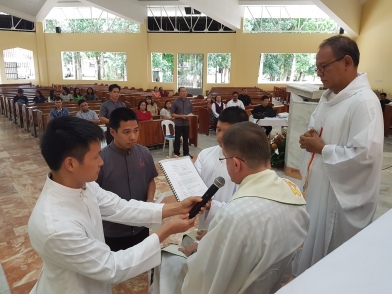 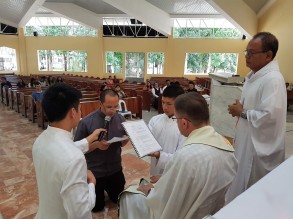 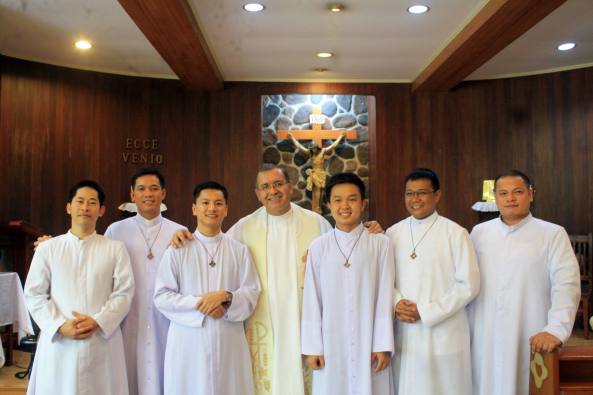 On June 16, 2017, six SCJs on temporary vows (2 Filipinos and 4 Vietnamese) renewed their vows of Chastity, Poverty and Obedience in the Congregation of the Priests of the Sacred Heart of Jesus. The Eucharistic Celebration was presided by Rev. Fr. Aloisio Back. SCJ, the Vice-superior of the SCJ Philippine Region, and was attended by the SCJs from the nearby communities, scholastics from India and Indonesia – participants of the final vows preparation program and some friends.